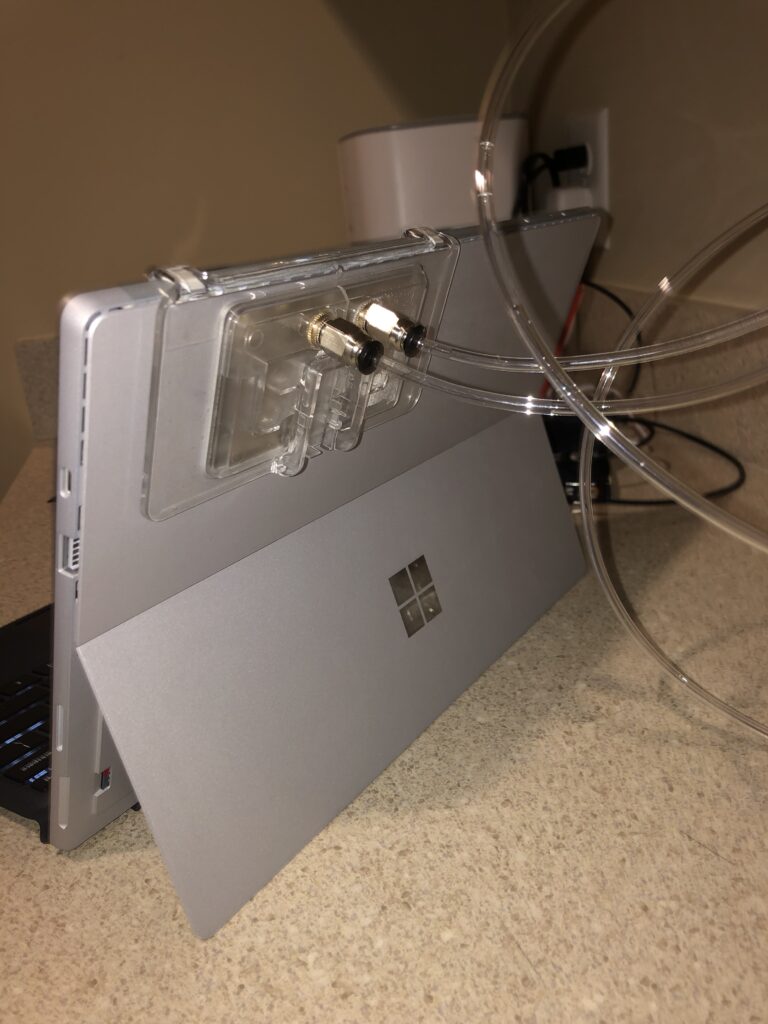 I used a liquid cooler originally made for mobile phones to externally cool my Surface Pro 7.

The Pro 7 with an i3 or i5 processor doesn’t come with a fan and relies on heat conduction through a heatsink and its metal frame to cool itself (‘passive cooling’). This is problematic when the device is under high load, or doing hard work. In most computers (other laptops and desktop PCs), a fan overlying the CPU would speed up to counteract the higher temperatures.

Without a fan, the Surface Pro has no safety net to avoid unsafely high temperatures and has to throttle the power to its own CPU, slowing the laptop down noticeably. To keep it from throttling (in my life, this is typically in Zoom meetings), I wanted to do something to improve its ability to stay cool.

The graph I attached at the bottom uses Passmark’s PerformanceTest 10.1, specifically testing the CPU benchmark. The grey line demonstrates what will happen under typical conditions – after only 6 minutes of heavy use, CPU benchmarks have dropped by ~35%.

With the liquid cooler running during these serial benchmarks, the CPU was able to maintain close to full speeds after several minutes of work. The raw data here involved a drop from 9944.6 to 9330.6, only a ~6% decrease in CPU benchmarks.

If you are seeing this post, you’ve stumbled onto something I’m working on that is incomplete. I’ve published it anyway as I work on it 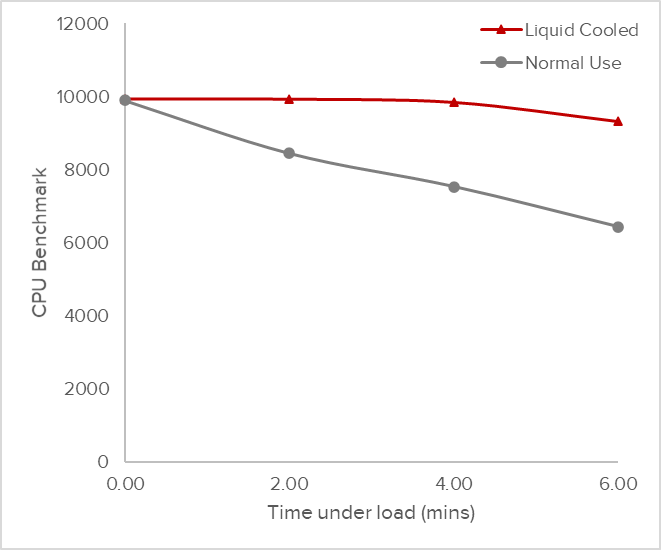